pynetworktables has been rewritten in the style of ntcore, and now fully supports all of the NT3 features that are available in ntcore. For the most part…. it should all work. There are a few breaking changes I can think of:

I haven’t had the opportunity to try this on a real robot yet, BUT the unit tests have 75% coverage and it works on my machine, so it’s probably good to go if you’re using this on a driver station or coprocessor. Try it out, let me know how it works!

Installation is super easy if you already have python and pip installed:

I’m happy to announce the release of an OpenCV input plugin for mjpg-streamer, which allows you to write simple little filter plugins that can process the image from a webcam, and change what is streamed out via HTTP. You can install the mjpg-streamer-cv or mjpg-streamer-py packages using the instructions on our github repo. Here’s an example filter plugin:

If you scp’ed this to the roborio, you could use the following command line to run it:

Our team used the OpenCV plugin on our robot this weekend with a python script to do image processing and NetworkTables operations (Lifecam 3000, 320x240, 15fps, 30 quality), and it seemed to be about 20% CPU usage. Not too shabby. In theory, you could use this on a RPi or other platform too, as I’ve pushed the changes (plus some significant build system improvements) to mjpg-streamer upstream. 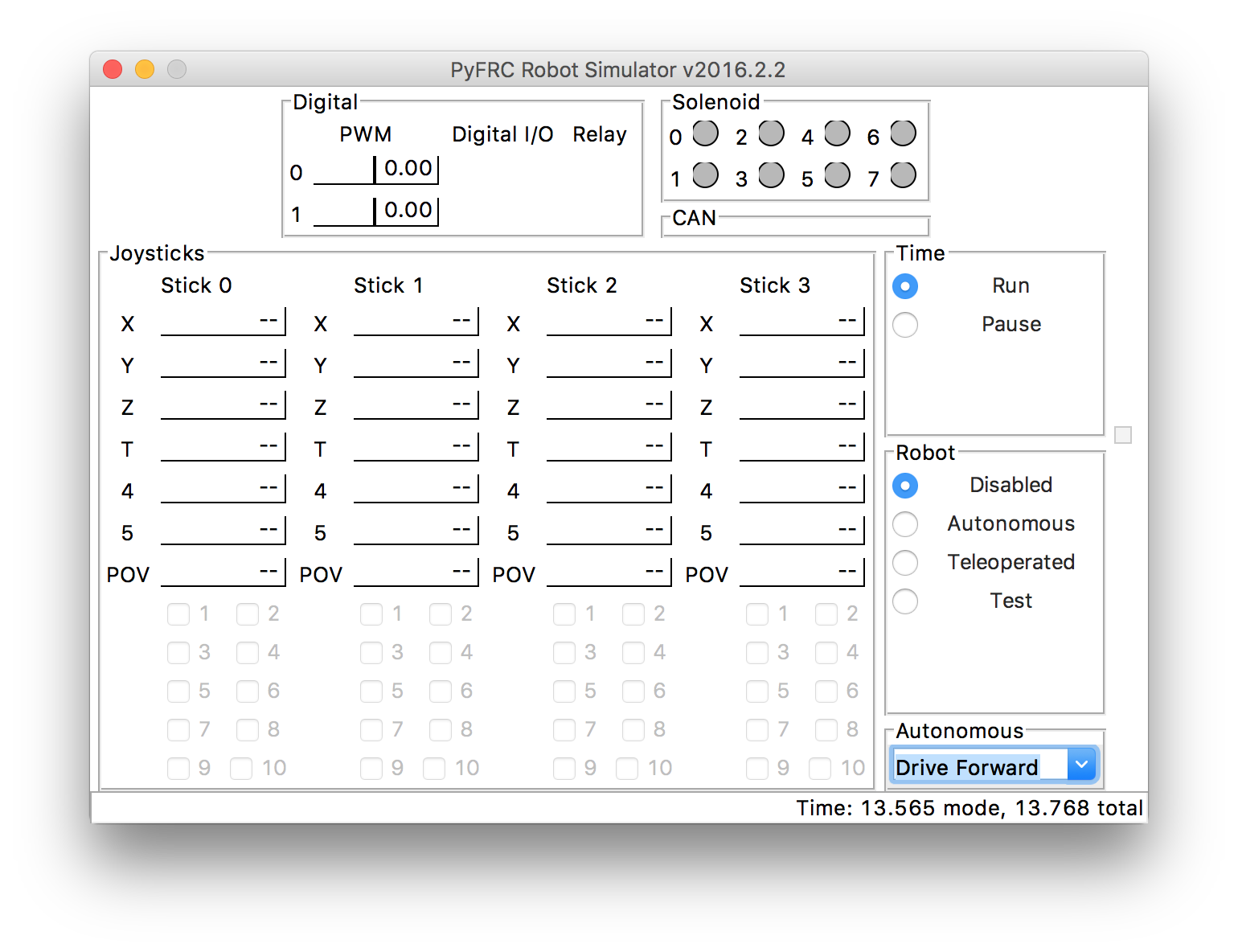 This is a bugfix release of RobotPy, and all RobotPy users are recommended to upgrade, particularly owners of NavX devices or those who want to use the PIDController object.

If you want to see the NavX stuff in action, one of the NavX samples that I ported over shows a robot rotating to a specific angle based on a button press, and it works in simulation (not tested on a real robot). Very cool demo – you will need to make sure you have the latest version of pyfrc installed as well.

RobotPy releases can be downloaded from our github releases page.

If you’re just trying to view the images from a camera, this can be a great solution. The stream is embeddable in a webpage, so it integrates well with a pynetworktables2js dashboard. Includes an init script that automatically starts mjpg-streamer when the robot starts, and you can edit the settings pretty easily too.